This FDA InspectorProfile is a report of relevant audit-related information on Jennifer Mathern, a U.S. Food & Drug Administration investigator who primarily conducts inspections in the area of Foods & Cosmetics.

This InspectorProfile report is updated through May 2014 and lists Jennifer Mathern's inspections in 4 countries: China, United States, Poland, and Belgium.

FDA audits are stressful. Whether you are issued a 483 depends largely on your compliance with GxP and predicate rules; but it can also depend on the Agency's current focus and the tendencies of your specific investigator(s). FDAzilla has curated Jennifer Mathern's inspection information so that you can mitigate investigator-related risks.

Below is an example of what a FDAzilla InspectorProfile report contains; This is not the actual data for Jennifer Mathern. 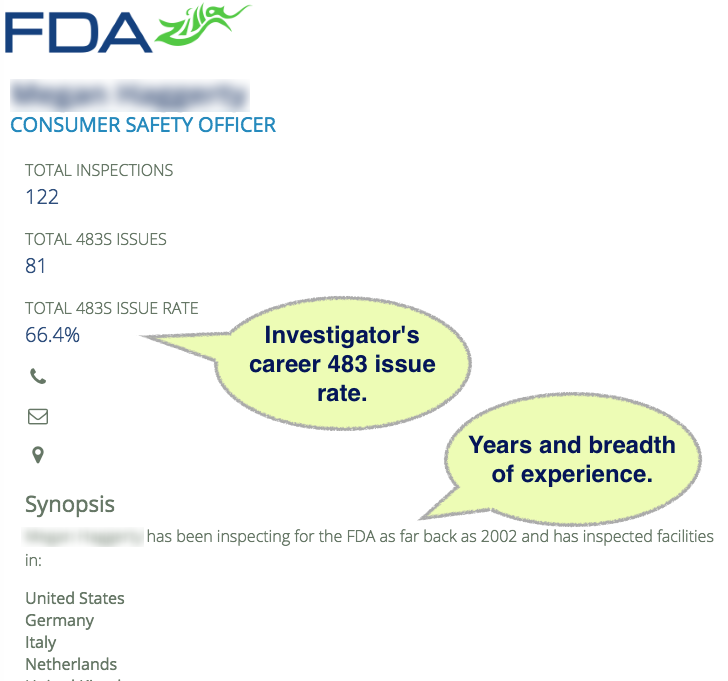 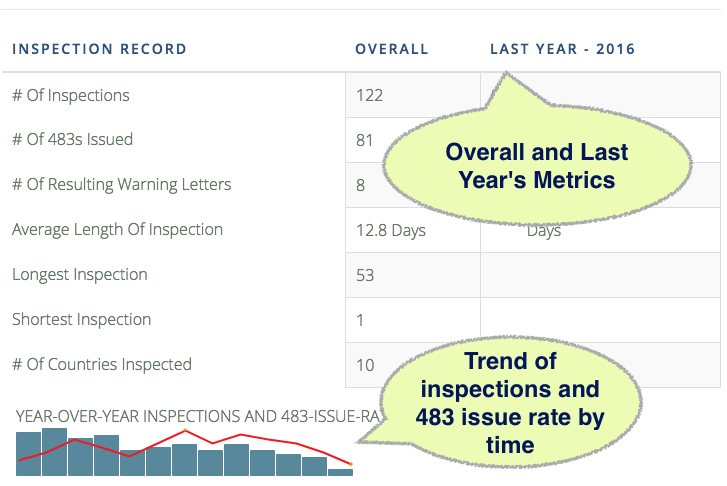